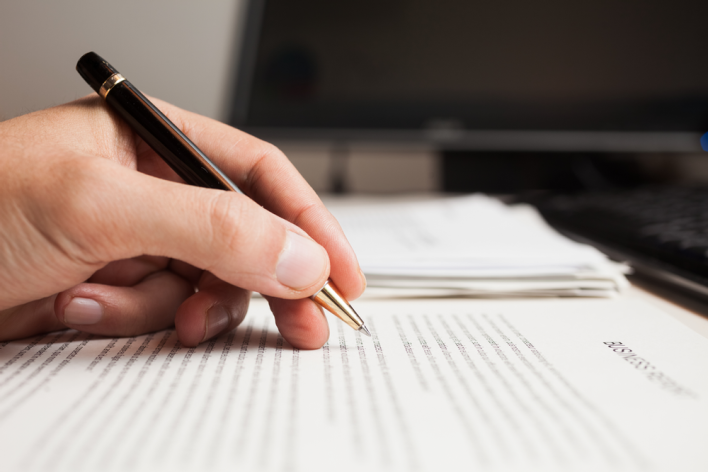 3 Reasons to Have a Written Contract.

Romans had an expression “Carta Canta”. Generally, meaning that something is what the writing says it is. In business, the life and blood of any business are contracts. Agreements. Yet, not all businesses reduce their agreements in writing with their suppliers and customers. For some the idea is this that an agreement writing is of no consequence because if anything goes wrong what’s a written contract to do? There are in fact a lot that a written contract can do. For our purposes, however, we’ll mention three reasons to have a contract in writing: memory, misunderstandings, emotions.

Memory is tricky. Although one may have a very good memory, that fact is less reliable to recall all the facts, terms and conditions of a contract. It has impossible for our brains to do so. We will recall details and forget some or have a different recollection from that of another person who having been in the same room part of the same conversation will have heard different facts recalling them differently, having a different memory. When dispute arise in a contract then this situation plays out: two people recalling different set of facts each comforted in their being right and the other party is wrong. It comes down to a “he said” “she said” situation. Memory being unreliable, makes the need for a written contract compelling.

Memory is also linked to misunderstandings. The beauty of reducing an agreement in writing brings about the revelation that people while talking about a deal will often have misunderstood one another about what the other meant. We all have found ourselves in a position where we have not clarified what we have heard and left a room with a smile on our face and the certainty we understood clearly what was said. Until, well, until we are confronted with one’s other understanding. Now, bring this situation in a dispute about a breach of contract not reduced in writing and you can see where I’m going with this, it will be again a “he said” “she said” situation. Whereas, having a contract in writing will help one reduce misunderstandings while people are friendly with each other and come to a meeting of the minds. And, if a dispute arises such misunderstandings, assuming no ambiguity exists in the language of the contract, the contract will be a relying source about the facts, terms, and conditions agreed upon between the parties.

Last, emotions. When I was studying to become a realtor one lesson we learned was about buyers remorse. That people will often change their mind having entered into a deal. While one may not say a buyers remorse situation exists in contracts between businesses, perhaps sometimes, people change their minds. A contract will protect against this I agree to do business with you today and don’t agree to do business with you tomorrow. When dispute arises, emotions are high, tensions are high, and logic is clouded by emotions. Whereas, a contract helps pull people back to reality without letting their emotions cloud their reasonable judgment.

In conclusion, have a contract in writing and the three reasons mentioned should give you pose before concluding an agreement without reducing it in written form.